Let's return today to the revolution in Egypt and think about where that ancient civilization is headed now that it has thrown out Hosni Mubarak. 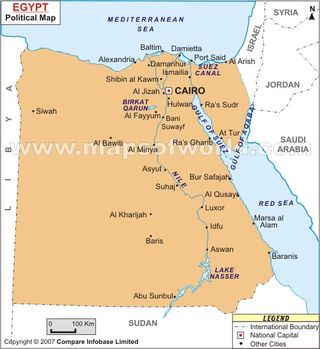 There has been much fear, especially in the West, that the outlawed-but-tolerated Muslim Brotherhood now will gain control and turn Egypt into an Islamist state resembling, perhaps, Iran or Afghanistan under the Taliban.

I think that fear is unwarranted, and felt so even in 2002, when I spent some time in Egypt talking with government and religious officials.

And now my belief that the Muslim Brotherhood has no serious long-term future there is echoed in this good piece in the Financial Times by a lecturer in international relations at the London School of Economics. (You may have to register -- it's free -- to read the piece.) She wraps up her agument this way:

"The Muslim Brotherhood is run by a sclerotic gerontocracy, much in the same way as the Egyptian regime it opposed for decades. It would be a mistake to underestimate its power and potential at this moment, just as one ought not exaggerate the degree to which it truly espouses democratic values. But the most effective way to diminish its power is encouraging it, or at least allowing it, to participate in a more open political field. This will expose the poverty of its political ideas. The youth-led movement calling for change in Egypt is already leaving it behind."

No one -- certainly not me -- can predict Egypt's future or the role religion will play in that future. But it sometimes seem pretty clear when history has passed by a movement. And I think that's what's happened here, though the Brotherhood won't go out quietly.

By the way, in an editorial today, the New York Times lays out a pretty balanced picture of Egypt now and its future, though I think its one mention of the Muslim Brotherhood perpetuates the myth that the Brotherhood is a long-term worry.

AND DOES HE STILL GET JUNK MAIL?

The late Pope John Paul II now has a Facebook page, and this report says it has been attracting friends like crazy since its launch (March 14, though this report says May 14). There should be a term for this. How about e-mortality.