When people today think about the Salvation Army, my guess is that the two words that make up the name of the organization register and translate mostly as a large group of people saving others from various disasters and misfortunes. 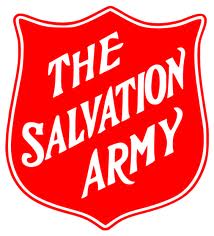 For, in fact, that's much of what the Salvation Army does today. It stands ready to help people burned out of their homes, people whose worlds have been shaken by earthquakes or tornadoes, people who have experienced all kinds of economic tsunamis and now are homeless.

But notice how it begins: "William Booth embarked upon his ministerial career in 1852, desiring to win the lost multitudes of England to Christ. He walked the streets of London to preach the gospel of Jesus Christ to the poor, the homeless, the hungry, and the destitute."

Today the Salvation Army still is in the evangelism business. And if you have any doubts about the group's theological positions, they're quite clearly laid out on the Web site. At the same time, the desire to connect with and help the underprivileged grows out of that theology and drives the programming of the agency. For a look at the programs it offers, click here.

One thing I've always liked about the Salvation Army is that it doesn't shy away from its roots or from its beliefs. And yet it reaches out to anyone in trouble, which, as I say, is how most people probably think of it.

At any rate, I'm glad the Salvation Army has been around to help for the last 131 years.

'AND DON'T LEAVE YOUR HALO ON THE FLOOR, GOD'

A British theologian has concluded that God once had a wife, but she was edited out of the Bible. It's not so far fetched, given that we've known several women over the years who have thought that they, too, were Mrs. God.

P.S.: My latest National Catholic Reporter column, "Thinking of food with astonished gratitude about abundance," now is online. To read it, click here.