One of the idols that we Presbyterians have worshipped over the centuries can be found in I Corinthians 14:40, where Paul writes this: "But all things should be done decently and in order." 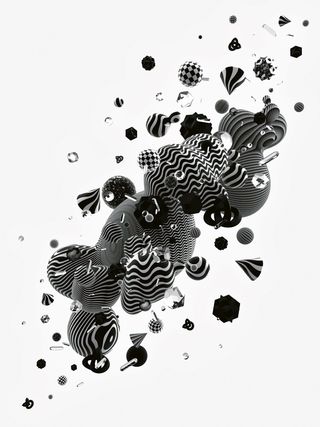 Oh, we joke about it the way we also joke about forming committees to handle every single matter under the sun, but the truth is that you can tell when Presbyterians are most passionate about something because at that moment you find them quoting the Book of Order to (and sometimes at) each other. (The Book of Order is part of the church's constitution and it outlines, decently and in order, how our church life together is to be lived.)

That's why I found it so refreshing to hear my friend J. Philip Newell (whom I last wrote about here) recently doing a bit of debunking of the decent-order convention when he was in Kansas City to lecture at Nazarene Theological Seminary.

"Is there a phrase more opposed to the nature of the cosmos," he asked, "than that -- that everything should happen decently and in order? Think of the messiness of conception and birth. Think of matter strewn -- apparently discardedly -- throughout space. Yes, there's a deep order in the cosmos, but things don't happen decently."

So, he said, we are called to recognize both the order and the chaos of the world so we can "name the essential harmony" of the universe but also "confront and look into the face of the brokenness that is obstructing and paralyzing us." It's hard to imagine a more realistic description of ministry to a wounded world than that.

A brutal attack in Indonesia that left three people dead is raising all kinds of questions again about the source of religious violence. I've always thought that violence with religious roots almost inevitably stems from the idea that those committing the crimes believe they know exactly who God is and what God wants them to do. It is, of course, a monstrous arrogance, but it happens in almost every religion.