As the effort continues to protect the United States against acts of terrorism, it's easy to forget that some of the roots of terrorism were fertilized by official and unofficial American policy and action. 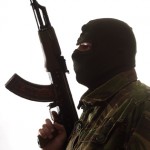 For instance, many of us are aware that some Muslims' anger at the U.S. stems from a 1953 CIA-sponsored coup in Iran that overthrew Mohammed Mosaddeq, a popularly elected leader, and restored Shah Reza Pahlavi to power -- power that turned out to be at least as dictatorial in nature as that of Egypt's besieged president, Hosni Mubarak.

But there are other examples, too. None of them justifies or excuses terrorist acts against the U.S. or against anyone, but knowing about these examples does help us to understand this history and perhaps to learn history's lessons.

In it, Baker describes U.S.-Saudi Arabia relations over the years, including a post-1973 oil embargo secret deal struck between a Saudi monetary agency and the U.S. Treasury, a deal that would send Saudi petrodollars back to the U.S. in the form of investments in U.S. businesses and real estate. And the U.S. would continue to protect the House of Saud royal family "despite its authoritarian and anti-democratic foundations," as Baker puts it. (Sound familiar to anyone following events in Egypt?)

Then Baker writes this:

"There was also a calculated decision to use the Saudis as surrogates in the cold war. The United States actually encouraged Saudi efforts to spread the extremist (Tammeus note: I wouldn't use the term extremist here but, rather, rigid or puritanical) Wahhabi form of Islam as a way of stirring up large Muslim communities in Soviet-controlled countries. (It didn't hurt that Muslim Soviet Asia contained what were believed to be the world's largest undeveloped reserves of oil.)  The Democrats played a role in all this, too. Jimmy Carter's national security adviser, Zbigniew Brzezinski, has proudly asserted that the unleashing of radical Islam played a crucial role in destabilizing the USSR and ending Communism as a dominant world force.

"In retrospect, it was not among the more farsighted policies in American history. It elevated a radicalized element of Islam with military training over what had been largely a moderate and insular Muslim population, and it prepared the militants to play a significant role around the world as well-trained and well-financed terrorists."

It's this sort of history that should make us wary when our politicians talk in black and white terms about good versus evil. Our own hands are not always clean.

As something of a follow-up to the main posting here today, I want to point you to an intriguing op-ed piece in The New York Times about Islam and democracy -- a piece that makes this important point: "Democracy for the faithful has become a means for society to affirm its most cherished Islamic values." The democracy genie is out of the Muslim bottle, and I see no way, thank goodness, of stuffing it back in.