The King James Version of the Bible -- that soaring literary and theological achievement that has helped to shape its world -- was published 400 years ago this new year. 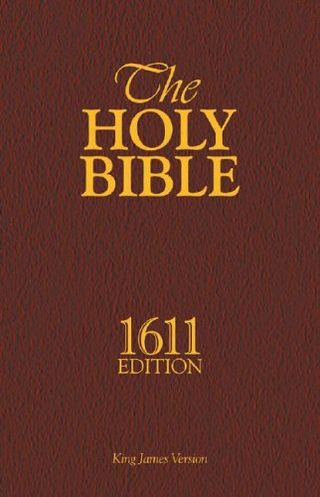 All kinds of celebrations and commemorations are scheduled to mark the occasion, and not without good reason. Yet I would issue a small word of caution: The KJV, whatever its many virtues, does not now represent the best available translation of the Hebrew and Greek (with a little Aramaic) in which the Bible was first written.

This is true despite the anachronistic insistence of some people that if the King James was good enough for the Apostle Paul, it's good enough for them. (I once heard the story of someone saying exactly that to the curator of a Bible collection at a universtiy.)

Rather, the KJV represents a wonderful early 17th Century effort -- the culmination of a long history of English translations -- to make sacred writ available to many people whose contact with scripture generally was limited to a few verses read in church each Sunday.

One of the premier events in the U.S. to commemorate the publication of the KJV will happen April 7-9 at Baylor University. "The King James Bible and the World it Made" already has confirmed such top-cabin scholars and speakers as Bishop N.T. Wright, Robert Alter, Alister E. McGrath, Mark Noll and Philip Jenkins. You don't attract names like that for meaningless events.

The KJV in many ways helped to create the dominant Christian culture of Europe, which now has entered what many call a post-Christian age. But the language of that translation of the Bible continues to influence our world today in many ways. Indeed, those Christians among us more than 50 or so years old are likely to have grown up hearing and repeating that Elizabethan English, and it has permeated our thinking and even the catch-phrases of our language. That's certainly true of me.

Given the fractured world of media today, it's hard to imagine a book ever having quite the impact on culture that the KJV had, but perhaps some of the scholars looking at the KJV have different ideas. We'll see. What, if anything, has the KJV meant to you?

(There are several books already out having to do with the 400th anniversary of the King James Version -- and no doubt there will be more. If this subject interests you in the least, the one book to read for sure is Bible: The Story of the King James Version, by Gordon Campbell, published by Oxford University Press, and just out a few weeks ago. This intriguing history is not just authoritative, it's also quite readable. The author teaches renaissance studies at the University of Leicester, and yet he understands how important the KJV has been to Americans, so he focuses on that part of the story, too. And the book includes short but interesting biographies of those involved in the original translation. In addition, the book takes note of some of the wrestling with the text for later editions that were published after 1611. Of particular interest to me was Campbell's discussion of the ways in which different word choices by the KJV translators reflected different theological positions -- and, in the end, who among the translators prevailed in their theological debates. In mid-November, I took note here of another book about the KJV's 400 years (also from Oxford University Press), Begat: The King James Bible and the English Language, by David Crystal. It, too, is well worth a read.)

A CHURCH AND ITS MONEY

The Vatican bank sometimes has come under scrutiny and suspicion, and now Pope Benedict XVI has announced that the bank will uphold the European Union's new money-laundering laws. All faith communities would do well to be radically transparent about how they handle money. Anything less leads to trouble that, in the end, hurts the mission of that community.