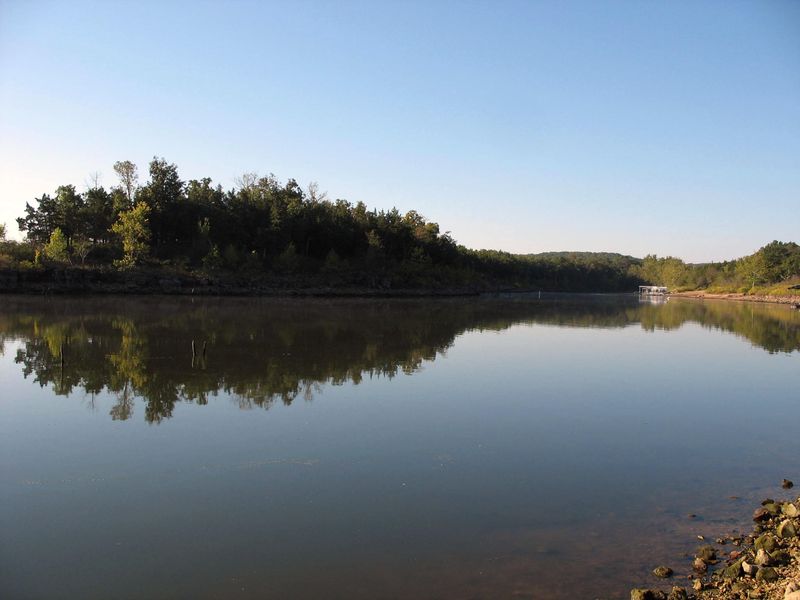 PITTSBURG, Mo. -- On our last morning here at the Hermitage Spiritual Retreat Center, I walked down to the shore of Lake Pomme de Terre and simply stared. 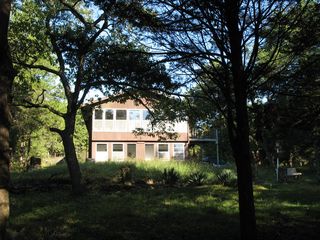 The water's surface was unruffled, smooth, mirror-like. It therefore perfectly reflected the small jut of land across the inlet. I was not seeing through a mirror darkly. I was seeing in a mirror clearly.

Just then what I imagined was a small fish broke the surface of the water to my left with a blip, no doubt feeding on a bug or some other form of life at the surface. And ripples moved in concentric circles away from the break.

A moment later, more than two football fields away, a motor boat skimmed across the water, but the disturbance from its wake took nearly five minutes to reach the water at my feet.

This, it seems to me, is the pace at which human beings should live. It's the pace at which we can best process what's in front of us and marvel at what we see. There's a Jewish prayer book I've read that says this: "We walk sightless among miracles."

One reason to come to a quiet, welcoming retreat center like this is to begin to see those miracles, to take the time to notice, to do what Buddhists tell us to do, which is to be mindful.

I'm a new member of the board of this retreat center, which is the dream of its founder, Father W. Paul Jones, who spent his career as a United Methodist clergyman teaching at St. Paul School of Theology in Kansas City but who today is a Catholic priest and Trappist monk.

Paul turned 80 earlier this year but still lives in good physical, mental and spiritual health as a hermit here at the center. He also spends one week a month at his monastery, Assumption Abbey, in Ava, Mo. Paul is simply a gem. He's a loving, challenging man who loves to work with his hands but who also, with his hands, is a wonderful writer with several books to his credit. Two of my favorite are A Table in the Desert: Making Space Holy and A Season in the Desert: Making Time Holy.

There is no set fee for retreatants, and if you can afford nothing, that's what you pay. You bring your own food, using the well-equipped kitchens in the housing units, or you eat at restaurants a few miles away. But mostly being here is supposed to be an exercise not in doing but in being. It takes awhile to transition from the normal busyness of our lives to a slower rhythm, but it's well worth it. Time away, I've found, gives us new eyes -- so we don't miss so many of the miracles around us.

(The smaller picture here shows where my wife and I stayed. We had the room on the second floor.)

A court in India, wading into a bitter religious fight, has ordered Hindus and Muslims to share disputed property. It strikes me as a verdict that recognizes that India's future depends on adherents of those two religions finding a way to live in peace. In many ways, Hindus and Muslims in India have maintained reasonbly good relationships starting not long after India's 1947 independence -- including the two years I lived there in the 1950s -- but from time to time flare-ups have happened, and sometimes they have been brutally violent. I hope this verdict helps.