When people speak about the Jewish diaspora, they often mean the dispersal of Jews away from Jerusalem and the surrounding area in 70 BCE when the Romans crushed the city. 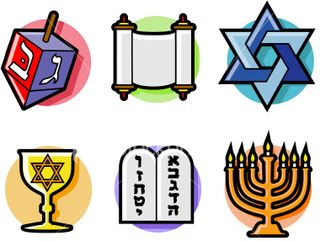 But, in fact, there have been several Jewish diasporas, both before and after that. The result is that Jews live all over the world, though of course since 1948 the Jewish state of Israel has become home to many of them. Indeed, as the piece to which I linked you in the first paragraph here notes, the beginning of the diaspora occurred in 587 BCE, when Babylonians conquered Jerusalem and Jews were exiled to Babylonia.

As readers of my latest book know, the largest Jewish population of any country in the world at the start of World War II could be found in Poland -- nearly 3.5 million, more than 90 percent of whom perished in the Holocaust.

But Jews, as I say, have lived and continue to live in many places, including predominantly Arab and Muslim countries, such as Egypt.

Ah, but the state of affairs for Jews in Cairo these days is sad and desperate, as this report in Tablet Magazine shows.

As the piece notes, the Jewish population of Cairo "has dwindled from an estimated 80,000 before 1952 to 50 mostly elderly widows today." And yet there still are 10 synagogues to maintain.

I have no answers for what should happen to Judaism in Cairo, but it's hard not to feel some sympathy for a dying tradition so close to where Judaism also thrives. My hope is that there will be people, including Christians, who can help make life bearable for Cairo's last Jews.

WHAT IF ISLAM HAD NEVER EXISTED?

I look forward to reading A World Without Islam, by Graham Fuller, the book highlighted in this excellent review. Fuller's argument, as I get it, is that the current struggles between the Islamic world and the non-Muslim world almost certainly would be happening anyway, even if Islam had never existed. What I do know is that Samuel Huntington's "clash of civilizations" theory was far too simplistic an explanation of things. The reality for Islam as well as for other religions is that cultural traditions often overwhelm that religion's teachings and then those cultural traditions get attributed falsely to the religion. The oppression of women in predominantly Muslim countries is a good example of that.

Nudge: Awakening Each Other to the God Who's Already There, by Leonard Sweet. Some years ago, when Leonard Sweet was president and professor of church history at United Theological Seminary in Dayton, Ohio, I read something he wrote that has stuck with me. He suggested that Christians think of the church not as an institution but as a movement. The difference? Sweet said an institution is in the public eye while a movement is in the public hair. I liked that kicky way of putting it. Sweet has moved on to be a professor of evangelism at Drew University in Madison, N.J., but he's still finding memorable ways of saying things, as this new book on evangelism reveals -- indeed, on almost every page. In fact, if I have a complaint about this book it's that its language is too cutesy and too clever by half. Sweet, like an inveterate punster, seems unable to help himself. Even the title, for me, falls into that category. The book is directed at Christians who know they should be sharing their faith with others but have found the heavy-handed methods so often used repulsive and ineffective. Sweet outlines strategies for a more subtle type of evangelism that often won't even seem like evangelism at all. If you can get past Sweet getting in the way of his own message because of his linguistic tricks, you also can learn things I bet you've never known or perhaps have forgotten. A small example: When Jesus talks about teaching people how to fish for people instead of for fish, he has in mind a social activity, not a lone-ranger fisherman the way we probably perceive it. ". . .the fishing Jesus is alluding to here is net fishing where an entire village would fish together and often two boats would work in tandem drag-netting fish in between them." He concludes, "Perhaps if a more communal mentality of nudging were adopted by our churches, the fear of evangelism would diminish. . ."