When I wrote here on the blog last week about why I believe an area near Ground Zero in New York is exactly where an Islamic center should be built, I indicated that people I know and respect disagree with me. 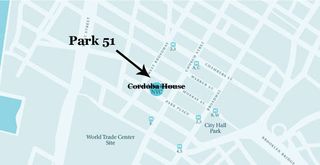 Today I want to share with you the viewpoint of one of those people, Barry Speert, an adjunct instructor of religion at Baker University and an active Jewish voice in the Kansas City area for interfaith dialogue. Barry, who also does some teaching at St. Paul School of Theology, believes that through the application of the Jewish concept of marit ayan, he has found a way to oppose the location of the Islamic center near Ground Zero while not opposing either Islam or religious freedom.

This concept, which literally means "in sight of eye" requires not just that our actions be in harmony with what is right, but that they also avoid the appearance of being out of synch with what's right. The marit ayan link I've given you in the previous paragraph explains the concept more fully. (Christians might think of the admonition from the Apostle Paul not to do certain things even though may be legal in front of others who don't approve of them because your actions might cause them to stumble into sin.)

Barry, by the way, begins by quoting John Podhoretz in a New York Post column suggesting that the Islamic center project "only became feasible because of the appalling and astonishing fecklessness of the officials who were charged with the reconstruction of the site and the neighborhood all the way back in 2001."

Then he says that backers of the site should use the concept of marit ayan to be cognizant of opposition to the site and find a different location.

I asked Barry whether Jews believe that non-Jews, particularly Muslims, are as bound by marit ayan as Jews might be.

Barry's response: "First, according to traditional Judaism, non-Jews are bound by the seven Noahide laws only and these laws do not include marit ayin. I am, however, aware that Islam has a very similar principle called ihsan that is mentioned several times in the Quran."

Whether marit ayan or ihsan provides an airtight reason for opposing the proposed Islamic center's location near Ground Zero is, of course, up to one's personal interpretation. I admire Barry's efforts to find a reasonable way around all of this but I believe other factors outweigh the responsibilities required under those two concepts.

If you didn't read my own take on all of this, the link in the first paragraph of today's posting will take you there and tell you why I think the project should move forward. In addition, I might offer you this column by Richard Cohen in the Washington Post. In it, he argues that one should oppose the proposed Islamic center's location only if one believes that the entire religion of Islam attacked the United States on 9/11.

I don't believe that for a minute, just as I don't believe the entire religion of Christianity murdered abortion doctor George Tiller at his church in Wichita last year. In both cases, violent radicals acted well outside the boundaries of behavior set by their religions.

Although I might not have worded Cohen's column exactly as he did, he speaks pretty well for me on this matter. And yet I also respect Barry Speert's sincere disagreement with me.

A final note: I thought an editorial in the Boston Globe this week got it right. Of all people who might be sensitive to the the right response on the Islamic center issue, former Massachusetts Gov. Mitt Romney, a Mormon, should be a voice of reason here. But, as the paper's editorial notes, Romney has ducked the issue.

Well, that was almost a final note. Here's another one: Earlier this week the "Fresh Air" show on NPR did an interview with journalist Eliza Griswold, who has a new book out about Christian-Muslim relations. To listen, click here. Oh, and a new survey released yesterday indicates that 57 percent of Americans oppose locating the Islamic center near Ground Zero, while a much larger majority -- 76 percent -- supports construction of mosques in their local communities.

Are you aware of the Saint John's Bible project? Click on the link in the previous sentence and learn about it if you don't know about it. I own a couple of volumes of the less-expensive versions. Beautiful books. Well, St. Mary's College in South Bend, Ind., just received one of the six-volume "heritage" editions, of which only 299 sets are being printed. The Bible is a gift from a graduate of the school. This project is a demonstration of the value Christians place on the Bible. I just wish more of them would read it.

P.S.: Christians in search of ideas to re-energize their congregations might want to surf around on a new Web site, Churchleaders.com. Based on what I've seen, I'd say the site has some good ideas with a kind of evangelical feel to it. I'm not sure, for instance, why all blogs by pastors seem to be by males. And a lot of the language seems unaware of gender-inclusive issues. But it was good to see a piece by someone making the (obvious) case that not all Muslims are terrorists. Anyway, check it out.