I have long been a practitioner of prayer but a skeptic of scientific studies on the efficacy of prayer. I think science is out of its realm when it does such studies and I think religion that wants its beliefs and practices verified or approved by science is getting seduced by science. 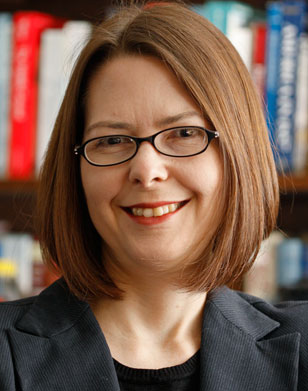 Indeed, Seduced by Science is the name of a great book by Stephen Goldberg about all of this that came 10 years go. It's still worth a read.

The reason I'm raising all this today is that yet another scientific study of prayer has been released (there have been many of them), this time by Candy Gunther Brown (pictured here), an associate professor in the Department of Religious Studies at Indiana University in Bloomington.

The link I've given you in the previous paragraph will give you another link -- this one to the study itself. What the study purported to show was that intercessory prayer for healing may be effective if it's done right next to or with the person being prayed for, versus prayer at some distance.

Well, look because science can say nothing useful about whether there's a god -- much less whether that god listens to and responds to prayer (and there are many kinds of prayer) -- I just don't get why science pretends to understand the efficacy of prayer through such studies. And I don't get why religion sometimes thinks it must prove itself in scientific terms.

I think all of that is a profound misunderstanding of what religion and religious practices are all about. Indeed, studies of healing prayer look at just one of the many kinds of prayer and sort of assume, I think, that God is a cosmic bellboy waiting to answer our 9-1-1 calls. I will use technical theological language for what I think of all that: It's goofy.

I'm not arguing that prayer doesn't help or is useless. As a Christian, I believe in and practice prayer. But to reduce it to the contents of a spiritual Bunsen Burner makes no sense to me.

I'm glad that the people studied by Professor Brown seem to have had either their sight or hearing improved after "proximal prayer," as it's called. But I'd feel a lot better if we don't call the mechanism through which that health improvement occurred "prayer." Using that terminology gets us onto thin ice, and we all know it's easy to obfuscate on thin ice.

Speaking of prayer, if anyone needs our prayers it's the International Assistance Mission in Afghanistan and members of the families of the 10 I.A.M. workers murdered recently by the Taliban and other militants there. These were people there to help others in need. It's one more bit of evidence that you simply can't reason with the irrationality represented by the Taliban. One of the people killed had attended Woodstock School in India -- as did I briefly in the 1950s. A fellow Woodstock classmate of mine has done a blog entry about this good man, Dan Terry, who was two years behind us at Woodstock. To read about Dan click here.