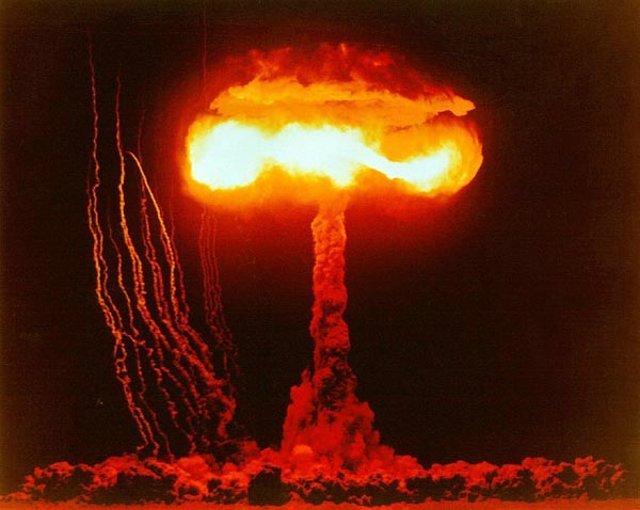 When you think of people of faith who have been advocating a world free of nuclear weapons, who comes to mind?

Almost certainly it's people who would describe themselves as progressive or liberal in their politics and/or people who are associated with historic peace churches, such as the Quakers and the Mennonites.

But that's no longer an accurate picture. Oh, for sure most of those folks still are in favor of ridding the planet of nukes, but more recently they have been joined by some Christians who identify themselves as evangelical or conservative.

In fact, a number of such folks are active in an organization called the Two Futures Project, and they had words of praise this week for the new nuclear-limitation policy announced by President Barack Obama.

A press release from the Two Futures group said, among other things, this: "Evangelical Christians welcome the Obama administration’s long-awaited Nuclear Posture Review as a step toward a morally sound nuclear policy."

The Rev. Tyler Wigg-Stevenson, director of the Two Futures Project, said that the Nuclear Posture Review "is a welcome attempt to marry idealism and realism. This is Ronald Reagan's vision, translated into policies that meet the needs of our post-Cold War, post-9/11 era."

For the full "Nuclear Posture Review" report from the Department of Defense, click here. And for a follow-up news release from the Two Futures Project about the signing of the START treaty, click here. For a story about today's treating signing in Prague, click here.

I find it reassuring that people of faith who may disagree about some aspects of theology can find common ground in working toward a more peaceful world in which nuclear weapons might play less of a role. This is a complicated issue, of course, and no reasonable person imagines that nukes will be gone anytime soon or that it would be responsible for one nation to unilaterally disarm when it continues to be faced with real threats.

But people of good will can disagree about details while agreeing that the world would be better off without anyone having the capability of destroying the globe in a flash -- and then working together to try to make that vision a reality.

THE FAITH OF MINERS

What sustains coal miners, such as the ones in West Virginia, where more than two dozen of them died in a recent explosion? This report suggests that it's strong faith in God and prayer. And I would add that any religion that doesn't provide comfort in the face of catastrophe isn't worth much.