From time to time here and in printed columns, I've written about the importance of written statements of faith, which my denomination, the Presbyterian Church (USA), collects in its Book of Confessions. 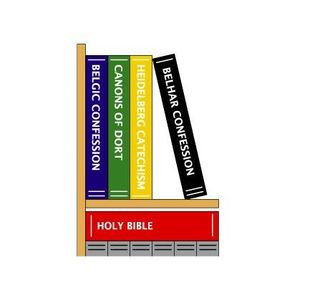 That collection begins with the earliest church statements, such as the Apostles Creed and the Nicene Creed, and winds up with the most recently adopted statement that was written when our northern and southern branches of our church recombined in 1983.

In my view, the best of these statements were written in the midst of some crisis to respond to that crisis. The Theological Declaration of Barmen, written in the Nazi era, is a good example.

Another such confession written in response to a social crisis is the Belhar Confession, which the Reformed Church in America just voted to include among its approved statements of faith. It was written in the early 1980s by Christians in South Africa who were appalled that their church was continuing to justify the racial segregation system of Apartheid.

The PCUSA also is considering adding the Belhar Confession to our approved confessions, and I hope that process produces good conversation about the uses and abuses of such statements of faith. They can help us articulate what we believe and why but they also, being simply the words of humans, can get say some things in ways that later generations want to reject. They are, thus, a secondary authority to the Bible. And some Christian traditions, wary of such statements, refuse to write any. Even the newest Christian iteration, the Emergent Church Movement, is reluctant to use written confessions.

Still, I think they are useful in the ways they help us think about faith.

STICKING UP FOR THE POPE

Were two recent defenders of Pope Benedict XVI acting on their own or were their words orchestrated either by the pope or the Roman Curia? This Catholic News Service story makes the case that they were acting on their own. Well, fine, but all that strikes me as inside baseball. The more pressing question is what B-16 intends to do in response to the priest abuse scandal now that the Vatican appears to be on the defensive.