On this Easter weekend, when Christians are thinking about the mysteries of resurrection, I want to draw together a couple of recent blog subjects here (TED talks and bioethics) and explore the question not of resurrection but of bodily regeneration and restoration. 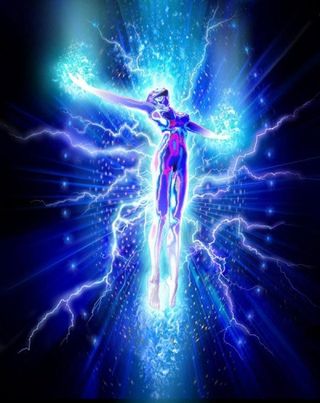 Now, let's be clear about what Christian theology proposes about the resurrection of Jesus. What it was not was resuscitation. That is, the biblical witness is that Jesus, after the resurrection, had what the New Testament says was a "glorified" body, which was different in quality from his old human body though still recognizable as such.

By contrast, the story of Jesus raising Lazarus from the dead was a matter of resuscitation, after which Lazarus simply had back his old body, which later died again.

Scientists today are moving toward processes that will allow humans to do what some animals can do, which is not to resurrect a dead body but to regenerate wounded body parts. If you cut off the leg of a newt, for instance, the newt will grow back a new one. Humans so far can't do that.

But I'm linking you today to two TED (Technology, Entertainment, Design) talks that describe the work being done to grow human organs outside the body and to assist the body itself to regenerate tissue and organs. It's fascinating work but, like all such work, raises many ethical questions. For a talk on the subject by Alan Russell, click here. And for a related talk by Anthony Atala, click here. Each talk, as is the TED rule, runs about 18 minutes.

One of the primary ethical questions, of course, is an economic one. Who would pay for regenerative therapy? And will only wealthy people with excellent health care plans have it available? But there are many other bioethical issues to consider, too, such as whether to do regenerative therapy on someone with a life expectancy of just a few years and whether medical science should be investing its limited research funds into something other than this rather exotic field.

Well, all around us outside we who live in North America are seeing signs of new life, signs that the creation in spring regenerates itself in a natural way. (Which is why I had to do the first mowing of the year the other day.)

But even as faith raises questions about what new life means in a resurrection sense, so science is raising questions about what it might mean in a strictly human body sense. And all people of faith have an obligation to understand the issues such work raises and how their faith informs their view of what's happening.

Catholic bishops in Germany are beginning to say the right things in response to the growing sex abuse scandal in the church. It's not yet clear to me whether the Vatican -- meaning the pope and his closest aides -- understands the profound damage that has been done to the church by the failure of church leadership to address the issues quickly, honestly and forcefully. If the church has been damaged, the wounds are mostly self-inflicted. And speaking of self-inflicted wounds, the papal preacher on Good Friday likened criticism of the Vatican in this abuse matter to antisemitism and the Vatican had to distance itself from those remarks.

P.S.: I've written here a couple of times (click here for the most recent) about the current "Deadly Medicine" exhibit at the National Archives facility in Kansas City. It has to do with Nazi Germany's attempt to create the master race. I want to remind you that the exhibit runs through June 10 and that more excellent speakers and panels about this are coming up, including this Wednesday. For details, click here.

Lives of Confucius: Civilization's Greatest Sage Through the Ages, by Michael Nylan and Thomas Wilson. Twentieth Century Chinese historian Gu Jiegang once said that if you want to understand China and its philosophical roots, you need to "take one Confucius at a time." Which is to say that almost every age since Confucius lived 2,500 years ago has had a different understanding of the great mind of the "Middle Way." The authors, both history professors, have compiled here an engaging account of how those many ages have seen Confucius and how, in turn, he has influenced Chinese culture, religion and thinking in general, to say nothing of culture and religion in the rest of the world. If all you know about Confucius is a silly -- and probably unhistorical -- saying or two attributed to him, this book will introduce you to a much more complex figure whose work still influences both East and West today.