My friend Lois was born a year before my father, meaning she landed on the planet in November 1908. Lois, it turned out, outlived my dad, who died in 1992, by nearly a generation. We just had her funeral at my church on Tuesday of this week after her death at age 101. (Oddly enough, Lois's funeral happened just a week after the funeral for my friend Jack, who was within a few weeks of turning 100 when he died.) 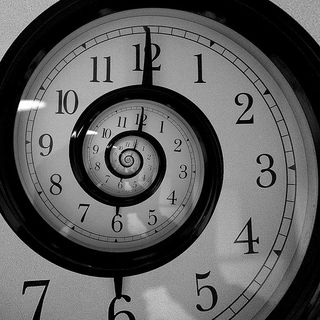 As I sat in the sanctuary this week listening to our associate pastor tell stories of Lois's fascinating life, I thought about what it means to have an eternal perspective.

The length of Lois's life was not an eternity, of course, but it was long enough so as to give us a tiny taste of what an eternal perspective might entail.

She was born just weeks after my Chicago Cubs won their last World Series, making 2010 our 102nd year of rebuilding.

There was no income tax when she was born, darn few automobiles or phones or airplanes. Indeed, the first person ever to die in an airplane crash lost his life just two months before Lois's birth. No TV, no radio, no computers. There were no veterans of World War I, World War II, the Korean War, the Vietnam War, the Gulf War or the Iraq War because none of them had yet been fought at her birth. And only earlier in the year of her birth were the Boy Scouts created. Not only that, but the first major commercial oil discovery in the Middle East happened just a few months before Lois was born.

Within a few weeks of her death, Lois asked our associate pastor why she was still alive. She said she felt of no use to anyone. The pastor said he had no good answer for why she was still living but said that when she came to church (and she still did regularly, the last time being about three weeks before her death) she was an inspiration to all of us. Indeed, she was. And so was her husband of 72-plus years, who died in 2003.

Imagine 101 years of life. And yet think of what it might mean to view life from an eternal perspective, in which 101 years is like the blink of an eye. Adopting such a perspective might lead us toward the Benedictine virtue of humility. And what could that hurt?

WHEN WILL THE POPE SPEAK?

The longer Pope Benedict XVI maintains silence about the sexual abuse scandal in the Catholic Church in his native Germany, the more upset Germans seem to get. Seems like more bad public relations advice to the pontiff. Instead, he should be urged to tackle such big issues immediately.