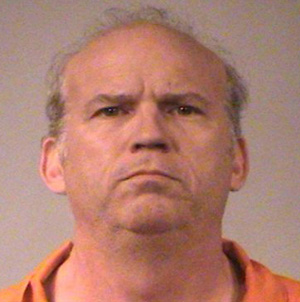 And this is the certitude that puts a gun to the head of a man in his own church and pulls the trigger as a way of creating a world in which evil is expunged, even though the gunman fails to understand that what he thinks of as evil cannot be expunged by evil itself.

In court last week, according to the report by Judy Thomas of The Kansas City Star, Roeder told jurors that he had attended church with his family when he was a boy but did not "develop a firm belief in Christ until 1992 when he was 'born again.'

"I had been watching the '700 Club' regularly -- and I was alone in my living room, and that day I kneeled down, and I did accept Christ as my savior at that time."

I cannot say what happened to Roeder when he was a boy in church. There are too many possibilities to pick one randomly.

But I can offer a reasonable guess about what happened in 1992 when, alone in his living room, after hours and hours of watching the base theological fiction of Pat Robertson and his sorcerers of certainty, Roeder got on his knees. What happened was that at that moment he desperately needed community. He needed people to challenge his one-dimensional thinking. He needed someone to help remake the world he was making in his own image. (Yes, I'm sure Robertson would condemn Roeder for his actions. But Roeder's theology grew out of the kind of moonstruck, crackling absolutism that Robertson sells as if it were keys to the magic kingdom of God.)

But instead of a community to challenge him, Roeder had a mirror to affirm him. He was all alone with his own image and he remade himself in that image.

Religion -- healthy religion, that is -- cannot, in the end, be a solo performance. Yes, we can have individual experiences of the divine. We can -- and should -- have times of retreat and solitude. But ultimately we must test out our religious insights within the boundaries of a community. And it does no good if everyone in that community is our theological twin.

Instead, we should construct our theological worlds in relation to others who hold views that will challenge, explode and then help to recreate our thinking as we, in turn, help to recreate theirs.

As I read things, Roeder meant not simply to kill Tiller for providing late-term abortions but he meant to terrorize anyone and everyone who either provides abortion services of any kind or who understands that sometimes an abortion is the least evil choice in a series of evil choices, and for that reason must remain legal.

Scott Roeder murdered a physician because he decided he knew what God wanted. Thinking we know exactly what God wants in each situation in life is a sickness that we must learn to cure. But so far I don't see much hope that this will happen. Instead, I see people who imagine that they, too, can know God's will in each specific situation and each moment of their lives.

SPARE THE ROD, SPOIL THE POPE?

As the process moves forward for the Catholic Church to decide whether to declare the late Pope John Paul II a saint, testimony of a close friend reveals that the pontiff from time to time would engage in self-flagellation, a practice once common but now rarely found. This discipline seems hard for many of us today to understand, but people who have used it suggest it has restored to them a necessary humility.

P.S.: Here on the blog last week I wrote a piece about Emanuel Swedenborg, after whom the Swedenborgian Church is named. In that piece, I suggested that the Swedenborg explanation of the Holy Trinity "borders on -- if not becomes -- what theologians call 'modalism,' usually considered a heresy." Then I invited people more familiar with Swedenborg theology than I am to disagree or agree with me. In response, I heard from the assistant pastor of a Swedenborgian church near Durban, South Africa, and I want to share his note with you:

My understanding is that Modalism is one God with different appearances or modes. Swedenborgian theology would agree with traditional Christianity that Modalism is heresy. If God just appears differently then either there is no real sacrifice of Christ or you end up with patripassianism (Tammeus note: For a definition of patripassianism, click here). And to top it off you lose the beauty of a Divine Humanity. Modalism is heresy.

Here and here are Swedenborg's own summary of the faith he sets out. Here is a link to the first paragraph of Swedenborg's book explaining the difference between traditional Christian theology and Swedenborgian theology (110 pages in my trade-size book).

The explanation of the trinity that you found on the Swedenborgian Church website is one that I use all the time. However, it is a simile not a full explanation. If you are interested in discussing Swedenborgian theology, I would happy to help you understand it more fully.