As I like to do from time to time, today I'm going to move us back in time to consider some history in the field of religion. 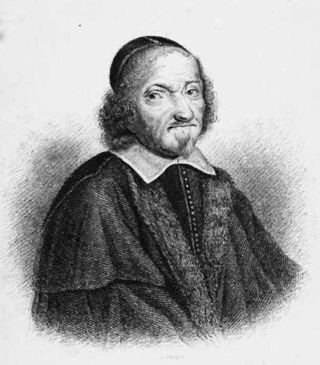 For it was on this date in 1568 (by most but not all accounts) that Miles Coverdale (depicted here) died. (Sometimes his first name is given as Myles.)

He was the translator and publisher of the first complete Bible to be printed in English. That happened in 1535, as the Protestant Reformation was roaring ahead and as the newly founded (1534) Church of England was finding its sea legs.

Why does any of this matter? Well, it says to me that Coverdale understood the importance to faith of people being able to read scripture in their native language. Since Coverdale's time there has been an explosion (especially in the last 60 years) of translations of the Bible into many languages, but especially English.

I have a collection of different translations, and although it amounts to quite a few books it comes nowhere close to being an exhaustive gathering of all the English versions.

Which brings up another point about the Bible and how to read and study it. It is inevitable that every translator or translation team makes certain assumptions and choices about how to render the original Greek and Hebrew words of the Bible (I'm speaking here of the Christian Bible, but the same is true of the Hebrew Scriptures) into English. And that process inevitably reflects to theological leanings of the translators. Thus, people who know Bibles understand that the New International Version is favored by people who call themselves evangelical while the New Revised Standard Version is favored by people in churches described as Mainline.

Or, as Emergent Church movement guru Tony Jones would say, all Bible readers are therefore relativists.

At any rate, a tip of the hat today to Miles Coverdale, whose name and whose accomplishments should not be forgotten.

YOUNG PEOPLE MOVING AWAY FROM RELIGION

There are two new national religious studies out that should continue to bother faith communities. They suggest that young people increasingly don't identify themselves with any particular religion, though high numbers profess belief in a god of some kind. This is exactly why, in Christianity, there's an Emergent Church Movement. That movement is a way of seeking to respond to this phenomenon. Churches can't keep doing church just for the churched. If they keep that up they've signed their own death certificates.

P.S.: When I first published this blog entry last week, an article by Paul Anderson on the scholar use of the gospel of John to study Jesus was not yet available on the "Bible and Interpretation" Web site. It is there now. To read it, click here.