From time to time I hear a call for a "reformation" of Islam, similar to the Protestant Reformation of Catholicism in the 16th Century. 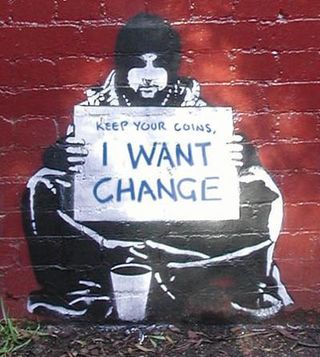 The term reformation in this context bothers me because usually it comes from someone in the Christian tradition trying to overlay Christian history on Islam. It's arrogant and historically imperialistic.

And yet it is important to acknowledge that all religions undergo changes in how they are understood and practiced -- including Islam. Indeed, nowadays there is a struggle for the heart and soul of Islam, with voices of reason and moderation seeking to dislodge voices of rigidity and extremism.

As that happens, change is inevitable.

But it's also true that people have, over the centuries, acted as change agents in various religions, including Islam.

The other day, for instance, I was reading a passage in Vincent A. Smith's The Oxford History of India when I ran across an account verifying what I just said.

In writing about the period from 1858 to 1905 in India, Smith notes that "there were others who were either more or less far-sighted than the mass of lovers of the old ways. . .There was a short-lived movement among young intellectuals to renounce Hinduism and all its works whose outward signs were Christian baptism and beef-eating clubs. As a movement this died away after 1840. The larger movement contained those who, though anxious to remain loyal to their cultural and religious past, realized that religion in its existing state could offer no antidote to the foreign influences. They thus sought to strengthen the old by purifying it, and they would purify by going back to the sources to their faith. They were the Protestant reformers of Hinduism and Islam."

Smith then goes on to detail some of those "reformers."

The impulse to adapt, purify, modernize or adjust seems to be universal in most aspects of life, including religion. As Smith notes, it could be found in religion in 19th Century India, and it can be found today, for as Emergent Church guru Tony Jones notes, all theology is local and contingent (which is not to say that it suffers from relativism).

The trick is in knowing which change movements are healthy and which lead to more trouble.

A Chicago couple, in the midst of a divorce, is fighting over what religion their child will follow. And even the courts have become involved in this Catholic-or-Jewish decision. Oh, my. The implications of this are many. But any parent who would inflict this sort of conflict and damage on a young child deserves wide condemnation. Why do some parents put their own selfish needs and desires above the welfare of their children?

P.S.: What appears to be an important new civil rights era film, "Blood Done Sign My Name," is being released tomorrow. It focuses on a North Carolina pastor and is based on the book of the same name by Tim Tyson, whose sister, Boo Tyson, directs the Mainstream Coalition in Johnson County, Kansas. I don't yet know where in the Kansas City area it will be screened, but watch for it.