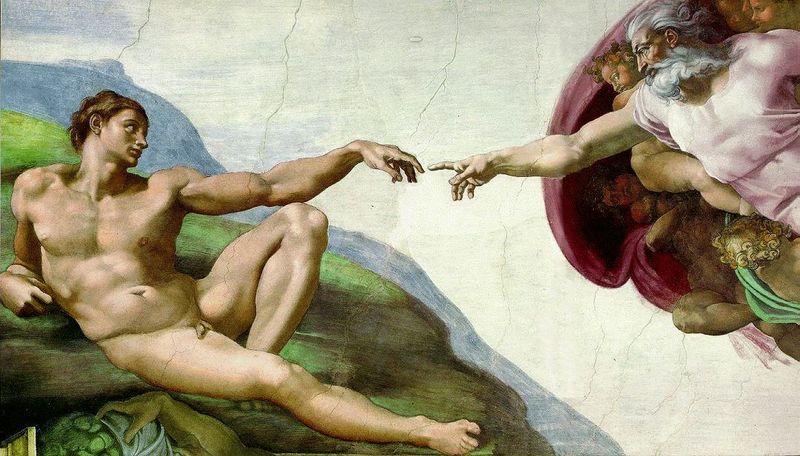 In the last blog I did about new faith-related books, I talked a bit about an excellent book called Genesis: The Beginning of Desire, by Avivah Gottlieb Zornberg, who reveals rich depths of meaning in the first book of the Bible.

Since then I've been part of a wonderfully insightful three-session study on Genesis at my church. It was led by our associate pastor, who has a great gift for helping people love and appreciate this complex and amazing book we call the Bible, which he loves deeply but not uncritically (meaning he is not a literalist).

And from both the Zornberg book and the church study, I've come away with a renewed sense of how little most Christians (probably most Jews, too) understand about the Bible.

Oh, there are lots of people who have memorized large portions of the Bible and who know the order of all the books in the Bible and so forth. But too often they read familiar old stories with unseeing eyes. They think they know what it says and they fail to grasp what's really being said or ways to understand it in a new context.

One reason is that they often don't understand how the Bible was put together. In Genesis, for instance, their are two creation stories, written hundreds of years apart, but entertwined eventually by editors. One is in chapter one, one in chapter two. And they cannot be made to mesh neatly. This does not mean that Genesis is not divinely inspired or what Christians often call the "authoritative word of God." But it does mean that Genesis is not a science book and not something that can be read as literal history. To do that is to abuse the text.

As my associate pastor who taught the three sessions likes to say, "We don't take the Bible literally but we take it seriously, and you can't do both at the same time."

Many Christians read the story of Adam and Eve and their sons Cain and Abel with a picture in their minds of an angry God who drives the first two humans out of the garden and who punishes Cain for murdering his brother by making him wander the world with a mark on him. Though that simplistic reading contains elements of truth, it fails to uncover what really can be found in Genesis -- an approachable God of grace and mercy who lets Cain live and who protects Cain.

Lots of people -- including young people -- walk away from the church when they find that the understanding of the Bible they've been taught there radically conflicts with the world they come to know through experience and education. The problem is not that young people are learning science and sociology and history. The problem is that many of them have been taught a view of the Bible that cannot be reconciled with modern knowledge, so they give up the Bible. Or, sometimes, they compartmentalize their lives, giving teachers answers teachers want to hear and pastors answers pastors want to hear. In the end, that's a fool's game.

How sad. The Bible is rich with meaning and with a picture of a god who loves us and wants us to love both God and neighbor. But it's also full of complex stories and difficult passages that require us to use our brains to unpack. When, instead, we accept a strictly literal reading of the Bible we short-circuit its message of grace and turn it into something it was never meant to be. (And we confuse the devil out of our children.)

(The art here today is Michelangelo's depiction of creation.)

What will the upcoming 2010 Census tell us about the religions Americans practice? Zip. Zero. Zilch. And that's no doubt as it should be. It's really none of the government's business. Besides, we have other good tools for describing the religous landscape of the U.S., including the survey by the Pew Forum on Religion & Public LIfe.