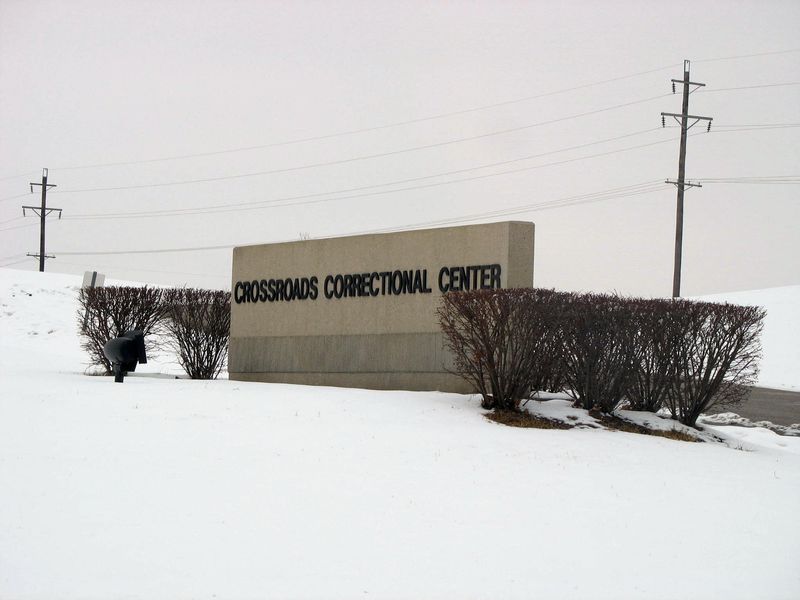 CAMERON, Mo. -- When I walked into the large meeting room filled with 65 prisoners and 17 Kairos Ministry volunteers, a man holding at guitar at the front of the room was asking, loudly, "Who is the church?"

The response, like a litany, was, "WE are the church." 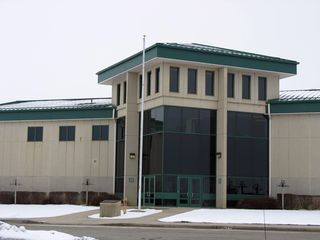 This was the annual half-day retreat for men here at the Crossroads Correctional Center, a maximum-security prison, who have participated in Kairos, a Christian-based ministry that invites inmates of all 10 faiths recognized by the Missouri Department of Corrections to hear the simple message that God loves them and that this love can change their lives.

All faiths? Yes. An example: I was sitting in a corner of the room next to Larry D. Denney, the Crossroads warden, and he pointed out to me a man in a stocking cap with a beard.

"An active Muslim," Denney said. "But a regular Kairos participant."

Dave Fulton, who leads the volunteers who run the Kairos Ministry in Cameron, says it's not about denominationalism or doctrine. It simply about making sure that any prisoner who participates gets the message that he is a child of a loving God. ("Kairos" is a Greek word often translated to mean God's special time.)

There is, however, a distinctly Christian flavor to the ministry and to what I observed last Saturday. All volunteers must be Christian, for instance. And Fulton is always looking for more volunteers. Anyone interested in helping out should contact Bryan Barner at bbarner@kc.rr.com. Or go to the Kairos of Missouri Web site and click on "Get Involved" for details about how to participate.

The afternoon I was at the prison, Barner gave a brief talk about how important it is to strive to know the truth, after which volunteers at each table helped lead the inmates in a discussion of this question: "How do I strive to think and know the truth?"

Although I was allowed to observe the room full of participants I was not allowed to interview individual inmates (including the man who had asked me to come), nor was I allowed to sit in at any particular table to record the discussion. But at the table nearest me, it was clear that most of the inmates were engaged in wrestling with what it means to know the truth.

The Kairos Ministry program at Crossroads includes two four-day weekend events, one in May and one in November, in addition to this annual retreat and weekly evening meetings of participants.

Fulton told me that inmates tell him that after five or six days of regular prison live, "I need a shot of love," and that, he says, is what Kairos gives them.

From the perspective of the warden, the program has had many benefits.

"It's had a very positive impact on the population," Denney told me. Although many other factors may be involved in statistics about inmate-on-inmate violence or discipline problems in which inmates confront prison staff members, Denney said that prison statistics show that such incidents have decreased significantly since Kairos began at Crossroads in 2006. So far in Missouri, Kairos operates only at Crossroads, but a program is expected to begin later this year at the Missouri Department of Corrections facility in Potosi, Mo., southwest of St. Louis.

So far 186 Crossroads prisoners have participated in the Kairos Ministry program (the facility now houses 1,470 inmates).

But, again, it takes volunteers to do all this.

"Volunteers are a tremendous asset," Denney said. Indeed, Crossroads had to eliminate its GED education program because of budget cuts but the GED now is being offered on a much smaller scale thanks only to volunteers.

And Kairos runs just with volunteers, though with the cooperation of the Crossroads chaplain, David Mansingh. The program clearly means a lot to the prisoner who invited me to come observe it, and my guess is it means a lot to many other prisoners, too.

A man in New Zealand, accused of violence against his son, said the Bible told him it was OK. A pretty good rule of thumb is that if holy scripture is urging you to do things that are violent and hateful, you might want to ask for some interpretation help. Sheesh.