Here's a short New Testament quiz for you: Which of the four gospels is the only one to claim to be rooted in first-hand experience and eyewitness accounts of the life and ministry of Jesus? 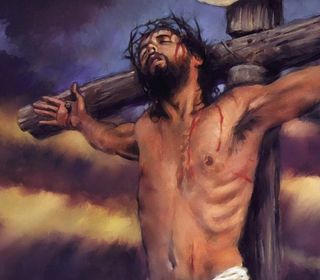 And: Which of the four gospels is the one almost inevitably left out of studies by scholars who are engaged in the quest for the historical Jesus?

In both cases the answer is the fourth gospel, the Gospel of John. If that seems odd to you, it is beginning also to seem odd to some New Testament scholars who are pushing historical Jesus questers to start using John in their work.

There are several recent examples of this trend, but in next month's issue of the Journal for the Study of the Historical Jesus, Professor James H. Charlesworth of Princeton Theological Seminary, will have an article suggesting that it's not wise to ignore John in Jesus studies. The common approach since the 19th century has been to do just that -- ignore John (Charlesworth will cite several examples of influential scholars who have done that). But Charlesworth will call for a major shift in Jesus studies, making use of all ancient sources in the quest for Jesus, including John. The idea, of course, is that John has not just theological value but also historical value.

(The idea of John's historical value sort of flies in the face of the work done by the Jesus Seminar, whose members pretty much believe that Jesus never said that almost anything Jesus is quoted as saying in John.)

A scholar from George Fox University, Paul N. Anderson, has been pushing Jesus scholars to use John, and published this article last year outlining reasons for his interest in this. Anderson also has a new book out about this subject, The Christology of the Fourth Gospel.

(NOTE: When I first published this blog entry, Anderson's latest article describing this work wasn't yet available on the "Bible and Interpretation" Web site. It is there now. To read it, click here.)

I find all this intriguing but I continue to worry about what I've long worried about in the so-called quest for the historical Jesus. And that is that what historians often end up finding is not the historical Jesus but the historian's Jesus -- someone who looks and thinks a lot like they do. So even if scholars now are going to use the Gospel of John a lot more in this work, that still is a concern. In addition, I want them to help people in the pews understand why any of this matters.

By the way, for the Society of Biblical Literature's online site having to do with John, Jesus and history, click here. And for the "Bible and Interpretation" online site, which deals with this issue and much more, click here.

Oh, brother. "Dante's Inferno" now is a video game, and this review in USA Today says it's pretty bad. I wrote about hell and Dante's Divine Comedy in my last post of 2009. Read it and weep -- and save yourself some dough by ignoring this new adventure thing.

P.S.: Religious leaders and some members of Congress yesterday launched a renewed drive for immigration reform. To read about it from the group Faith in Public Life, click here. At that site you can listen to yesterday's media conference call to which I was invited but in which I was unable to participate. To read a USA Today blog version of this story, click here. For the story from Atlantic online, click here. And for the National Catholic Reporter's version, click here.