I know that Abe Lincoln's birthday isn't until February, but I'm writing here this weekend about Lincoln and his religious views because I want to give you a heads-up about a speaker coming to the Kansas City area next month to talk about this very subject. 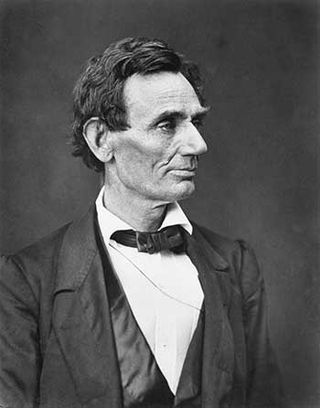 If you're calendar is like mine, you need notices about such things well in advance to get them on your schedule.

Ronald C. White, Jr., a Lincoln scholar, will speak about Lincoln and his faith starting at 7 p.m. on Presidents Day, Monday, Feb. 15, at the University of St. Mary in Leavenworth. The link I've given you in this paragraph should provide all the information you need to be able to attend. White's latest Lincoln book is A. Lincoln: A Biography, just published this month.

Lincoln, as you may well know, was steeped in the Bible and employed lots of biblical language in his speeches. He also, while in Washington, fairly regularly attended the New York Avenue Presbyterian Church, though he was not a member there. But there has been considerable debate about whether he was really a Christian or just a spiritual man.

Mark Noll, perhaps the best evangelical (he would identify himself that way) scholar of our day, has written an essay called "The Ambiguous Religion of President Abraham Lincoln," which you'll find in this this entry on the Adherents.com Web site. By the way, the i.d. of Noll at the bottom of the essay says he's at Wheaton College. Well, he used to be. But he teaches now at Notre Dame.

And the late Rev. D. James Kennedy, a televangelist, was quite intrigued by Lincoln and his religion. In this essay, Kennedy asserts that, in the end, Lincoln really was a Christian.

Well, I'm guessing Lincoln's religion -- and his use of spiritual teachings -- will be debated for a long time. And I'm guessing White's talk will be well worth a trip to Leavenworth. So now you know about it.

I'm not sure this is a "leading economic indicator," but the Vatican on Friday reported that its financial picture is improving. All such reports from religious headquarters raise the question of whether the underlying structures of religions consume too many resources and whether religion in general would be better off without having to support such structures. A study group I'm part of got into a good discussion about this the other evening without reaching any permanent solution, except to say that religious movements eventually needs some kind of structure to maintain themselves, and such structures often come at the expense of some of the passion of the original movement.

P.S.: From 7 to 9 p.m. on Thursday, Feb. 18, I'll be teaching a Communiversity class on essay writing at in the Witherspoon Room of Second Presbyterian Church, 55th and Oak. For the Communiversity catalog entry about the class, click here and then scroll down to page 14.