This spring The Pill will turn 50. The Pill -- that little contraceptive device that contributed to the sexual revolution of the 1960s and beyond got FDA approval on May 9, 1960. 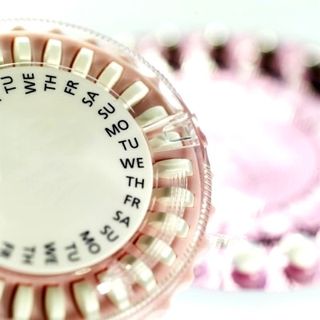 Birth control, as surely all of you know, is a subject replete with religious significance. And different faith traditions have taken various -- and often competing -- stances on the issue.

So first today I want to link you to this account of the history of The Pill. I found the piece on MercatorNet, which has a theologically right-leaning tilt. The article traces the development of The Pill over the decades leading up to its FDA approval and then raises some moral and ethical questions.

Next, I want to link you to this column from the Baltimore Sun. It's more personal in nature, but it gives some background about the Roman Catholic man credited with inventing The Pill.

For some countervailing weight to those two links, click here for what Planned Parenthood has to say about The Pill, and as you do, note the section on possible disadvantages to taking it.

Perhaps no document did more to define -- and in many ways ignite -- the religious debate over birth control since the start of The Pill era than the 1968 papal encyclical, Humanae Vitae. (The book to read is Sexuality and Catholicism, by Thomas C. Fox.) The encyclical by Pope Paul VI stunned many people inside and outside the Catholic Church. Among those taken aback by its reaffirmation of the rhythm method of birth control were some priests and theologians, including Father Andrew Greeley, who wrote, as Fox reports, that church leaders were "both arrogant and ignorant" and what they did and said was done and said "by men who had no personal involvement in the experiences about which they were making judgments."

What I always wonder about in such matters is the long-term effect. And even though it's been 50 years, I would say that we still don't know. Oh, lots has changed and can be quantified. But we don't know what, long-term, The Pill has done to the health of American women. We don't know, long-term, how the availability of The Pill has affected our society's thinking about the value of human life and our requirement to protect it. And we don't know, long-term, how the freedom to manage more directly what previously was left to nature and chance has affected our view of our place in the natural world.

Maybe, once we know all that, it will all turn out to be for the good. Maybe. But it won't surprise me if it doesn't.

A new survey shows Americans are more prejudiced against Islam than against any other religion. No surprise there. Why? Because as the survey also shows, nearly two-thirds of Americans say they have little or no knowledge about Islam (a stunning figure, 8-plus years after 9/11), and ignorance breeds prejudice and fear. Indeed, by now I would say that adult Americans who don't know the basics about Islam are willfully, purposefully ignorant. There are plenty of books and other sources of fair information about Islam from which to learn. Whatever you do, don't learn about Islam (or any other subject) from such radio talk show hosts as Michael Savage. Here are three books I'd recommend: The Heart of Islam: Enduring Values for Humanity, by Seyyed Hossein Nasr; Understanding Islam: An Introduction, by C.T.R. Hewer, and American Islam: The Struggle for the Soul of a Religion, by Paul M. Barrett.

P.S.: Just for the record, there is not one word -- not one -- of truth in what was said about me in the comment someone left at the Secular Parent blog this week. In speculating about why I shut down comments on this blog starting this past Monday, someone identified as "Just Wondering" wrote this: "Here is what happened, AS I UNDERSTAND IT…SOMEONE did not like that Jimmy Hoffa remark. They saw it as a threat. They called Helen Gray, editor of the religion page. APPARENTLY she called higher ups. The Star does not need that kind of trouble, so I THINK they called the blog owner and told him that if he wanted to have his blog advertised on the religon page, ditch the comments. Draw your own conclusions, but that is what I have been told." The reference to the Jimmy Hoffa remark was in a comment left on my blog. Again, just for the record, no one at The Star asked me to cut off comments. No one. I personally made the decision to cut off comments largely because ridiculous comments like the one I just quoted were being left there. I got tired of it and did not want to provide one more platform for uncivil discourse and lies in our society. Any notion that I was threatened in any way or even asked nicely to stop comments is false. Period.