ANYBODY HEARD FROM GOD ON THIS?

The other day, President Robert Mugabe of Zimbabwe said only God could remove him from office. (In response, I suggested God should get busy with that task.) Now Catholic bishops in the area have said that God is offended by Mugabe and his antics (who isn't?) and will bring judgment on him. Once more, everyone seems to know what God thinks. If I were God's p.r. person, I'd be urging the Boss to hold a press conference to clarify things. (Which maybe is why I don't have that job.)

THIS NOAH'S ARK HAS BEEN SAVED 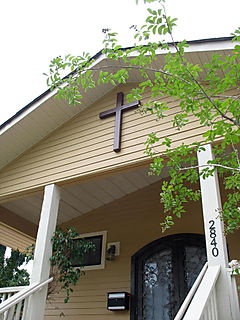 It was -- and still is -- in a tough neighborhood not far from downtown. The pastor, Willie M. Walker Jr. (pictured here),

tells me he could sit up on the roof of the church back then and watch drug dealers bribing cops on the streets below. The church, founded in 1947, was broken into 90 separate times since Walker became pastor a few years ago.

When Katrina hit, the wind, rain and flooding destroyed Noah's Ark. Walker later was honored for being an independent first responder and saving many people, but his church was smashed. So the few folks who were left began meeting in a Methodist church. 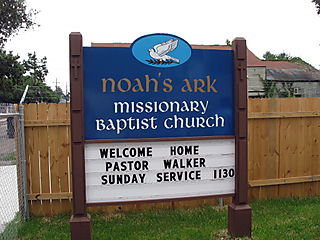 But eventually ABC's "Extreme Makeover: Home Edition" heard about the church, and put its name in a stack of possible projects to help rebuild this devastated city. Finally, Noah's Ark rose to the top of that list, and this sprng the ruined Southern Baptist church was rebuilt. (For the Baptist Press story about the rebuilding, click here.)

As you can see from these pictures, it's a pretty addition to the neighborhood on South Saratoga Street, across from a cemetery. Notice the building behind the Noah's Ark sign. Much of the neighborhood looks like that.

Nowadays 60 or 70 people show up on an average Sunday morning and Walker and others at Noah's Ark are creating programs to help youth and to feed hungry people.

New Orleans is full of such rebirth stories, though, for sure, Extreme Makeover isn't part of all of them. But churches were among the first institutions to reopen after Katrina, and that has helped to bring people back to the city, which had a population of about 455,000 before Katrina and now is back to about 327,000, Mayor Ray Nagin says.

But the needs in New Orleans remain huge. Big parts of the city continue to lie in ruins, though it's quite inspiring to see what already has returned to full function. 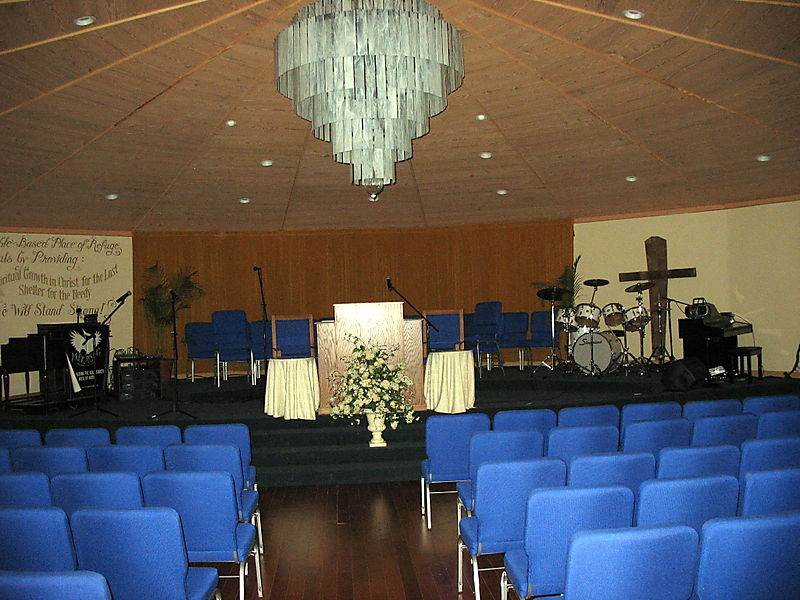 God is deeply offended by the child molesters in the Catholic Church, too, but especially by those who are complicit through their silence and ongoing deception. God is going to bring severe judgment on that sick institution. Jesus said, "But if anyone causes one of these little ones who believe in me to sin, it would be better for him to have a large millstone hung around his neck and to be drowned in the depths of the sea." Those are allusions that I'm sure the folks back near Italy are capable of understanding.

"Extreme Makeover:Home Edition" did something right in rebuilding a church. Sometimes they provide fancy houses to people who can't afford to maintain them.

Is Mugabe's God and the Catholic Bishop's God, different, that they call upon for help for their Causes? Is this the God Protestants call upon, for their Guidance and Causes?

Who, What, and Where are the Recorded Gods, that are not 'seen' on our Image, and 'seen' walking and talking to Humans face to face. Who made Humans in their Image, and flew up in the air and out into Space, supernaturally?

How many Gods have Humans created, in their 6000 year Lifetime? Spirit 'Beings', Supreme 'Being's, One God, Multiple Gods, Trinity Gods, and Myth Gods, are recorded in our Past.

All the Supernatural Mysteries God stories of Religion and Myth, are handed down through many ways, by Humans without High Tech Science Knowledge.

These writings and oral stories, are preserved, for a High Tech Science translation, of the Supernatural Actions of Gods and Angels in Genesis, the New Testament, all Scripture, and Myth.

High Tech Science is 'supernatural' to Natural Humans, as we have writings of natives in the 1900s, calling our pilots, in our airplanes and hot air balloons, Gods also.

Our High Tech can make Human Fetus' in the Lab, supernaturally without the sex act, and can also Clone Humans when allowed.

High Tech takes the Mystery out of the Spirit Gods, that Colonized Earth and Reproduced Equal Human Male and female Clones, to be the Equal Caretakers of Earth 'in the beginning'.

Heterosexual Body Birth made Males and Females Divided and Unequal Lower 'Beings', and made them Killers of all Life on our Home and our Eco System.

The High Tech Science Translation will Prove the Truth, that Eternal High Tech Life is for the Living Human Beings, After Birth, not for Dead Humans After Death.