A VOICE FOR LIBERTY

In case you missed it, Pope Benedict XVI on Friday issued a worthy call for religious freedom in Arab countries. This sort of message can't be said often enough or from too many religious leaders. So good for him.

A NORTHERN EXPOSURE TO FAITH

To get a little different take on religion in the presidential race, check out this report in a Canadian newspaper. I wonder how much all of this will be an issue two years into the next administration. Maybe it will matter a lot.

SHOULD PEOPLE MARRY WITHIN THEIR OWN RELIGION?

There are many issues within faith communities related to marriage these days. Among them: 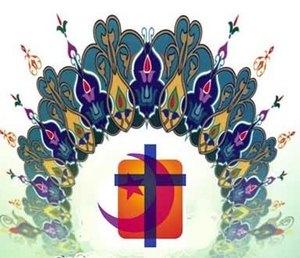 * How much marital counseling clergy should do.

One matter that affects people of all faiths (and people of no faith, too) is interfaith marriage. That is, what happens when a Christian marries a Muslim, say, or a Buddhist marries a Jew. How do they work out the terms of their individual commitment to their own faith traditions while respecting the tradition of the other person?

Interfaith marriage, as this report notes, has been especially troublesome for some Jews. And it has led to the creation of efforts to encourage Jews to date and marry other Jews. One of those efforts is called JDate, an online site that helps Jews find other Jews to date and, perhaps, marry. By some estimates, almost half of American Jews marry non-Jews.

Rabbis who want to encourage Jews to marry other Jews have worked out an arrangement, described in the Newsweek story to which I've linked you, whereby they can get a discount for getting members of their congregations to sign up for JDate. In effect, it's a matchmaking service discount for congregations.

So what I invite you to think about is whether you think it's a proper and useful role for members of the clergy to try to influence people's marriage decisions. And what is your experience with interfaith marriages? Do you know some that work well? If so, what makes them work? Do you know some that have fallen apart over the issue of faith? What might have prevented that.

P.S.: Because a few readers have been abusing the comments section that I have made available here to you for discussion, I'm shutting it off for now. I don't have time to run a monitored comments site and I simply will not put up any more with the kind of spamming that's been going on lately. If you have a comment for me about the content of what I've posted here today you may e-mail me. I reserve the right to open comments back up later, but for now, comments will not be accepted here.