In June of 1981, researchers identified the disease that today we know as AIDS -- acquired immune deficiency syndrome. Most of the people who had the disease in those early days in the U.S. were gay males. And most of the voices coming from faith communities were speaking words of condemnation to homosexuals. Today people of faith of many religions are in the forefront of the battle against AIDS. My own church, for instance, has had an AIDS Ministry since 1989. Other congregations also are working on AIDS as part of their normal approaches to ministry, both here and abroad. A few of examples: The Cooperative Baptist Fellowship; black churches; Christian churches in Zimbabwe. If your own faith community isn't active in AIDS ministry, a good question would be, "Why not?"

HOW DOES GOD SPEAKS TO US?

When I hear people say, "The Lord told me. . ." or "God spoke to me. . ." I am intrigued but uncomfortable. I want to know how one can know that what they're hearing (or sensing) is really the voice of God. 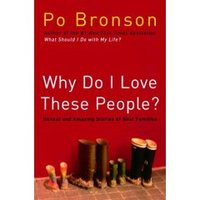 I was affirmed in my discomfort recently by a book one of my sisters gave me -- Why Do I Love These People? by Po Bronson. The book is a collection of revelatory stories about the lives of ordinary people. Well, I don't know, actually, what it means to be an ordinary person. I'm not sure there are any such people, just as I'm positive there are no normal families.

But in a story about a woman named Rosa Gonzalez and her autistic son Vince, I ran across an insight well worth passing along.

Vince had lots of troubles as a youngster but has managed to get control of his life, partly thanks to the hard work and persistence of his mother. When the story was written, Vince was in college studying Jewish mysticism, though he's not Jewish and not, in fact, affiliated with any religion at all.

"I am to religions," he explained, "as an auto mechanic is to cars."

"Vince now makes his prayers to an Unknown God," Bronson writes, drawing on a story from the 17th chapter of the book of Acts in the New Testament. ". . .Vince draws a parallel between the way an autistic child experiences his teachers and the way we experience God. The autistic child spends most of his life in a haze of distraction. Now and then a teacher or parent gets through, and for a brief moment this child feels gloriously in touch with a higher power who seems to know everything."

That, says Vince, is how we experience God.

"The gods speak a language to which we are all autistic," Bronson quotes Vince as saying. Bingo.

It strikes me as a wonderfully humble way to acknowledge how things really are. Is that how, if at all, God speaks to you?

Regarding "How does God speak to us?"...

This is the first discussion I have with the young people I mentor. I always preface the conversation with four "nots" regarding revelation...
A) It's not always immediately understandable or applicable.
B) It's not always a message for me.
C) It's not always going to be easy or pleasant.
D) Spiritual revelation is not necessarily benevolent. Demons are spirits, and they lie in order to harm you. All revelation should be tested according to 1 John 4:1.

With those qualifications out of the way, there are five ways in which God speaks to me. Each is special, as each is a reminder of how very blessed I am to have such a great and powerful God that cares enough about little ol' me to reveal Himself.

1. Scripture is the most available and reliable revelation of God's will. Every other type of revelation should be tested against Scripture. Of course, the question of which version always comes up. That's why I have, at present count, 17 different Bibles, a multitude of online and electronic versions, and a bevy of commentaries, dictionaries, and concordances. Each is read and studied carefully and prayerfully.

3. Prayer, private or corporate, can be a very revelatory experience. When in prayer, you're focused totally on God. You're doing serious business with your closest friend. Of course, instead of doing all the talking, we must take time to listen during prayer.

4. Fellowship with others can be revelatory as well. I can't count the times that in worship, study groups, or fellowship outside of church God has spoken to me through a brother or sister. Even on this site, God speaks to me through Bill, Van, Dave, Kansas Bob, Ruth, Michael, et al.

5. Direct revelation from God, through visions, dreams, or audible communication, is rare but real. I've had a very few experiences with this, but those experiences have left their mark. I won't say more than this...be very careful. Many well-intentioned people have been led into apostasy through what they believe is direct revelation. Test carefully all that you see and hear.

Of course, discerning God's message for your life is only half the fun. Trusting and living in obedience to Him makes the relationship so much more fulfilling. Through that relationship, you'll find what Christ promised in John 10:10...

"I came that they may have life, and have it abundantly." (NASB)