Pope Benedict XVI, visiting Auschwitz, said the right words at the end of his four-day visit to Poland: "In such a place, no words are possible, just stupified silence which makes one ask God: Why?" The only thing he might have added is this: "It also makes one ask humanity: Why?" For who built the gas chambers? Who rounded up Jews and brought them there? Who murdered them? Did God do that?

Did you know that Congress and the president want us to pray today? 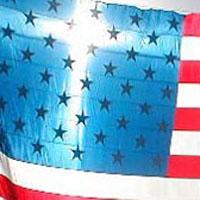 It's true. You can read about that request by clicking here. There you will see President George W. Bush's Memorial Day proclamation, which mentions that Congress asked him to declare a day of prayer for peace. And not just peace, but "permanent peace."

Is such a thing possible? (History suggests not. History suggests that war is the norm and peace a deviation from the norm, but we still can hope and work for peace.) And could we achieve a permanent peace by government-suggested prayer?

I don't mean to seem like a curmudgeon on a day when I truly do feel grateful to many people over the years who have defended our nation, sometimes at the cost of their own lives. But I'm having trouble imagining why our government is making religious pronouncements.

At least the proclamation didn't designate to whom we should be praying. We are not, for instance, directed to offer prayers to the triune God described by Christianity or, say, to Allah, as described by Islam. So we apparently have some freedom even to use words of address that agnostics supposedly use: "To Whom It May Concern. . ."

All right. Enough. May your Memorial Day be one of deep meaning for you. And if you offer prayers today, do it for a better reason than just that the government wants you to pray.

P.S.: I did a blog entry last June after my wife and I saw the East Hill Singers, presented by Arts in Prison, Inc. The group, led by founder and conductor Elvera Voth, will perform again at 4 p.m. on Sunday, June 4, at Village Presbyterian Church, 6641 Mission, Prairie Village, Kan., and at 4 p.m. on Sunday, June 11, at Atonement Lutheran Church, 9948 Metcalf, Overland Park, Kan. Admission is free but an offering is taken. The core of the singers come from two state prisons -- the Lansing and Osawatomie Correctional Facilities. And, boy, do they sing, as they are joined by volunteer singers from other churches and communities. If you're in the Kansas City area, try to hear the East Hills Singers.