THE POPE AND THE JEWS

The current visit to Poland by Pope Benedict XVI will include a stop at the infamous Auschwitz death camp. One of the best ways to understand what is at stake in such a visit -- especially by a pope born in Germany and essentially drafted into the Hitler Youth -- is to read a monumental book by James Carroll, Constantine's Sword. In the early part of the book, pay special attention to his description of the late Pope John Paul II's visit to Auschwitz. I believe Benedict must continue the excellent work that John Paul did to improve relations between Christians and Jews, and this trip is a good chance for him to do just that.

Speaking of those Christian-Jewish relations, I'll be co-teaching a weeklong seminar on that subject in August with a rabbi. I invite you to take a look at the course description and to come join us at Ghost Ranch in northern New Mexico. We'll have a chance that week to learn each other's story and even to have some fun. If you're Christian, bring a Jewish friend. If you're Jewish, bring a Christian friend. If you're an adherent of another religion, come and join the conversation.

One of the reasons I started writing the series I call "Conversations with Clergy" in The Kansas City Star was to help readers understand that ordained folks are very much like the rest of us, warts and all. And one of the things that happens sometimes to these fully mortal folks is they get stressed out by their difficult work. 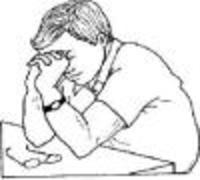 Big surprise, huh? Well, no. The surprise is that many of them don't take better care of themselves or don't know how to.

In response to this -- and in some ways it can be called a national clergy crisis -- a new center has been established to help vulnerable clergy cope with the pressures of their job. It's called the Davidson Clergy Center Endowment, and its goal is to raise and distribute funds to help pay for the spiritual, physical and mental wellness of clergy.

People who have created this new ecumenical Christian endowment say that even when clergy know they need retreats and other ways of coping with pressure, they often can't afford to take advantage of the programs in existence.

The idea is to help clergy with mental and physical health services, spiritual direction, career advice and other resources and programs that will give them a better chance of doing good ministry because they themselves are not wounded healers.

In my experience, clergy suffer burnout when their congregations are demanding without understanding what it takes to do this work. Sometimes, of course, clergy bring it on themselves by being workaholics or simply untrained and, thus, bad administrators who get overwhelmed because they are essentially disorganized or distrustful of others and thus unwilling to delegate work. Ego plays a part of this at times.

But whatever the cause, wise congregations will keep an eye on all of that and know that such resources as the Davidson center are available.

To read my latest Kansas City Star work, click here. (By the way, my column tomorrow will be about fear that casts out love. Also, don't miss our Faith section beautiful photo essay of sacred structures as we take advantage of our slick new presses and show off some great color photography by Rich Sugg of our Star photo staff.)

P.S.: After his conviction yesterday in the Enron case, Ken Lay spoke of God's will. Just curious: How do you react when you hear convicted criminals using profoundly religious language? I confess that my first instinct is to think about a cartoon I once saw in which a boxer stands over an opponent he's beaten to a bloody pulp and says: "First, I want to thank my lord and savior Jesus Christ for this victory."

Sad stories about Ken Lay and Bernie Ebbers (former WorldCom CEO) ... both men seem to be religious men that were deceived by power ... both probably felt that God was blessing the work of their hands. They are both warnings to us Christians ... we are not immune to deception ... we all need to have vulnerable and transparent relationships with people that will "keep us honest".

I find it sad that everyone takes such glee in someone else's misery. Hardly a Christian attitude. Given the complexities of our laws and the blood-lust which exists among the public and media to make sure someone is supremely punished for every bad thing that happens in their lives, our prisons will soon be full of these "vile criminals."

True enough on both points. Still, my prayer is that God can use this hardship in their lives to bring them closer to Himself. This may just be the "hedge of thorns" that makes them more fully trust God. After all, you can only fully rely on Jesus when you don't have anything else.

I don't know Ken Lay's heart, and there's no call to be gleeful, but the jury found enough evidence to decide he was knowlingly lying for his own gain. That deception led to lost jobs and retirement savings for thousands of his employees. That seems pretty vile to me. The complexities of the law have little to do with the heart of this matter.