Pope Benedict XVI's first encyclical has been issued today. It's called "Deus Caritas Est," or "God Is Love." There are, of course, many kinds of love about which theologians speak (using Greek words) -- agape, eros, storge and philia, among them. It will be worth noting, once we have a chance to give it a careful reading, how the pope draws distinctions among them. It usually takes the church and its observers some time to digest such writings. So watch over the next weeks and months what people start to say about how this encyclical reflects this man and his papacy. For some encyclical excerpts, click here. For the entire document from the Vatican Web site, click here.

Do you know what an items column is? It's one in which the columnist doesn't have a single theme but, rather, heaves several matters at readers.

Today's blog entry will be a sort of items column. 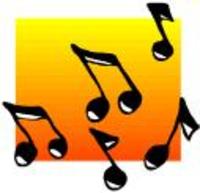 This year's Institute on Theology and the Arts, sponsored by "Imago Dei: Friends of Christianity and the Arts" and St. Paul School of Theology in Kansas City, will be held Feb. 24 and 25 at the seminary. Imago Dei is a vibrant regional group that tries to encourage more use of music, drama and other arts in worship and other ministries.

If you're a member of a Christian congregation in the Kansas City area, I'm betting you'll learn a lot at this gathering.

I'm always astonished when I think about the variety of languages. One language about which, until recently, I've known almost nothing, is Gullah, a creole language that slaves from Africa created partly from their original languages and partly from English. The Gullah culture still is alive today in, for instance, parts of South Carolina.

Anyway, the American Bible Society has just completed a long project to translate the New Testament into Gullah. It's called, in Gullah, De Nyew Testament. I wouldn't be expecting this new volume to rise to the top sellers on Amazon.com, but the Bible Society says that's not the point. The point is to provide scripture in languages of people who don't have it available.

I liked a quote in the announcement about the Gullah Bible to which I've linked you above. It comes from a Gullah member of the translation team: "That's the first time I heard God talk the way I talk."

If you live in the greater Kansas City area, you might be interested in what looks like an excellent upcoming lecture series at the Edwards Campus of the University of Kansas.

It is called "Abraham's Children: Exploring the Shared Heritage of Judaism, Christianity and Islam," and is sponsored by the Edwards campus and the Hall Center for the Humanities.

If you're a regular reader of my blog or my column, you know that I am a strong proponent of interfaith dialogue -- not as a way of converting others to our particular religion but at least partly as a way of understanding what makes adherents of other religions tick so we can try to avoid the bloodshed from religious violence all too common nowadays (and throughout history).

As you also may know, I'm co-teaching a seminar on Jewish-Christian relations in August at Ghost Ranch, a national Presbyterian conference center in New Mexico. My co-teacher will be Rabbi Jacques Cukierkorn of the New Reform Temple of Kansas City. Sign up and join us. In fact, the registration form finally is one like. To get a copy, click here.