While we ponder yesterday's indictment of Rep. Tom Delay, the House majority leader, perhaps it's time to remind ourselves of a couple of things he has said about President Bush's so-called Faith-Based Initiative:

"I know there are some people that are worried about the faith-based initiative that the president supports. And most of the distress is about that, 'We don't want the federal government coming into our business.' Well, my answer to that is, don't accept the money. But I see it as a great opportunity to bring God back into the public institutions of the country. God has been removed from all of our public institutions."

He also said the initiative would be a way of "standing up and rebuking this notion of separation of church and state that has been imposed upon us over the last 40 or 50 years. You see, I don't believe there is a separation of church and state. I think the Constitution is very clear. We have the right and the freedom to exercise our religion no matter what it is anywhere we choose to do it. We have an opportunity to once again get back into the public arena."

No separation of church and state? Hmmmm.

Earlier this month, when I was out of town, I heard a sermon by a Protestant minister that was good in many ways but seemed to me to fall into the old trap of using the Apostle Paul and other New Testatment thinking to denigrate Judaism, at least by implication. 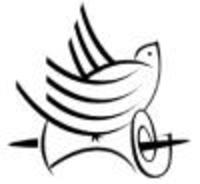 So I wrote a note to the pastor later and told him I didn't think it was necessary to say there was something wrong with Judaism as a prelude for saying there's something right with Christianity. I want to share some of your correspondence because I think it raises an important point about interfaith relations and because I think it showed how to discuss such things with civility. I wrote to him this:

". . .it seems to me that Paul - the apostle to the Gentiles (he was always writing to them, not writing to Jews) - has been unfairly used as a warrant for the kind of criticism of the law (and, by implication, Judaism) that the church perpetuates. (The law, when given was really an act of grace, I believe.) I've come to agree with Pauline scholars who believe it's not necessary to believe there must be something wrong with Judaism for there to be something right with Christianity. My reading of things tells me God has never abrogated the covenant with the Jews."

In response, the pastor -- a sincere and decent man who, I think, simply didn't think deeply about how his words might have been understood, wrote this back:

"Clearly I somehow communicated unclearly. I never intended to denigrate the law. Along with you, I have high regard for the law of Moses and believe it is given to us for our wholeness and well-being. Jesus himself was clear that the law stands - he doesn't do away with it. What I intended in the 'sound byte' ('If the world could have been saved through bookkeeping, it would have been saved through Moses, not Jesus') was to say that, given the law, if our welcome into God's Kingdom depended on our ability to obey/fulfill the law (thus the 'bookkeeping' comment) then we are each and all without a ticket and out of luck. The only way we make it in is through grace because we are woefully inept at following the law.

"Anyway, I suspect that once I made my Moses vs. Jesus comment, it was enough of a red flag  for you that perhaps you didn't hear the sentences immediately following. Here's a quote from what I said Sunday morning: 'You see... if the world could have been saved by bookkeeping, it would have been saved by Moses, not Jesus. The law is good and fine and necessary - it is for our well-being.
And the law is not to be done away with - Jesus himself said so. (my emphasis) But the trouble is... based on the law and our ability to follow it, nobody makes it in.' "

He also said that he recently told his congregation that "God does not renege on God's promises," so Jews "are still  in covenant with God and God will be faithful to them and the covenant. We had best not jump to any conclusions that Jewish folks are 'lost' unless they 'come to Jesus.' "

And I, in turn, replied this way:

"I think what most bothers me about this whole Jewish-Christian dynamic is the assumption that Jews also believe their salvation is dependent on what you call bookkeeping. There is, to be sure, an emphasis in Judaism on keeping the law. But, in the end, Judaism also is a religion of grace (though, to be sure, even some Jews I know have trouble with that concept). (Blog readers: Sorry for the blue type below. The Typepad system is ignorning my urgings to turn it black.)

"One helpful way to think about this comes from Huston Smith’s brand new book, The Soul of Christianity: Restoring the Great Tradition. I’ll quote a few sentences:

“'By responding to God’s invitation, the Jews had risen to a spiritual level that was head and shoulders above that of their neighbors. However, it was their religion; ethnically grounded in lineage, language and history, it was not for other people. To this day Jews accept converts but do not seek them.

“'Thus it is as if God thought: The achievement of the Jews is too important to be kept to themselves. It needs to break out of its shell and be made available to the world at large. I will see to it that that is done.'

"I affirm your words to your congregation that God has not broken his covenant with the Jews. But I wonder if in some sense that conclusion is in conflict with the characterization of Jews trying to rely on their adherence to bookkeeping. Muslims, too, have an emphasis on what we Christians might call 'works righteousness,' but most well-informed Muslims would say that, in the end, they are completely dependent on God’s mercy. I think such an acknowledgement for all of us provides a way to find the kind of useful common ground we so desperately need."

I'd be interested in your response to this back-and-forth. Did either of us shed any light on this subject?

Three comments;
1.Oh my, Torah as "bookkeeping". This is I think,a missunderstanding of what Torah is. Torah can also (and perhaps should) be translated as "Teaching".We Christians really should spend more time studying Torah, many of us would be quite surprised at what we would find there.There is so much more than rules for ritual! We would understand Jesus and Paul much better if we knew Torah and the Prophets better.
2. We have a difficult time with the concept that to choose one thing does not require the not choosen thing to be "bad". If we read the Bible, especially Torah, carefully, I think we find that God's choosing of one (person or nation) does not mean God rejects the other. It is a difficult concept in our society that frames everything in terms of winning/losing and good/bad.I am begining to believe more and more that our win/lose; good/bad frame of reference shapes our society in very unhelpful ways.
3.I would like to ask the folks who want to "bring God back into the public institutions" if they really think there is a place in the universe where God is not present? I suspect they mean something different and I wonder in a diverse society how do you do that and what does it look like?