As regular readers of this blog know, occasionally I share here some of the marvelous and intriguing correspondence I get from readers of my Kansas City Star column. 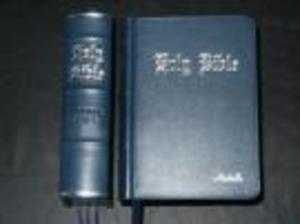 One of those columns a few weeks ago suggested that the start of the school year was a good time to have a crisis of faith and to throw your hard religious questions on the table. Most of the response I got indicated readers were in tune with what I was proposing. I appreciated those words but was most engaged by an 84-year-old man who accused me of indicting unbelievers for not asking faith questions and then said it was an unjust criticism.

"I have been asking faith questions since 1957," he wrote, "but have never received a logical answer to any whatsoever. Often I have received no answer at all."

He said he grew up Catholic but began questioning what he called "implausibilities in Christian doctrine." I think you'll enjoy some of his questions:

* How could Adam and Even, before Original Sin, have been happy, in view of their privations? Being, in the beginning, innocent, they certainly did not deserve sadness imposed by the hand of an allegedly just and benevolent God. Yet they were without clothing, without shelter, without soap, without toilet or toilet paper, without razor or nail clipper, without hand tools, without insect repellant."

* How was Noah's ark constructed by people who didn't even have a saw?

* In the Genesis story, how did the Serpent transport himself to the Tree of Knowledge, given that at that pre-Original Sin time he was not yet being punished (by being made to crawl) for participating in sin?

* It could be seen that Jesus had left Earth on ascension day, but it could not be seen on Earth that he had arrived in Heaven. There was no radio in those days. So how was the news of Jesus' arrival transmitted to Earth?

* After Lazarus rose from the death, did anyone ask him to describe the existence beyond the grave?

* Did Jesus ever mention the existence of continents and islands that mankind seemed not to know about?

I don't know how you'd have answered him, but here's part of what I said in reply:

". . .your questions are based on the assumption that the Bible provides information that is literally true in all ways -- historically, scientifically, socially, economically and on and on. That is a faulty presupposition. . .

"Instead of looking at the Bible as literal history (there is some of it in there, but there is also much else), I think it is helpful to read the Bible while asking this question: What is this story trying to tell me about God and God's relationship to humanity? When you do that, you don't need to ask ultimately meaningless questions about Adam and Eve's nail clippers. Instead, you get to serious stuff about who God is and why God would have created a world in which evil is possible.. . .

"If I were you, my temptation would be to set aside all those questions and read the gospels of the New Testament (and the book of Romans), hoping there to be introduced to God through Jesus and hoping to find a relationship with that God, who is always searching for you."

His seven-page letter and my two-page response said much more, but that was the essence. Is what I said something like what you might have said?

How did Adam and Eve trim their toe nails???