Well, what's just in is the new picture of me here. It was taken by my 3-year-old granddaughter Olivia at the Seneca Park Zoo in Rochester, N.Y., the other day. If she can find better models, she may have a future in the picture-taking business.

One recent evening my wife and I attended a dramatic presentation called "A Land Twice Promised," by Noa Baum. 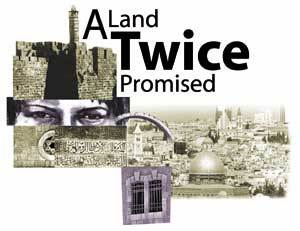 It was a wonderful -- and wonderfully balanced -- performance of stories that told of the heartache among both Jews and Palestinians because of conflict in the Middle East. Afterward, Noa recommended that we take a look at the Web site for an organization called Just Vision, which seeks to bring Israelis and Palestinians together for dialogue. It's worth your time to look at it.

I have become convinced that if we don't maintain our own religious identity while we are in dialogue with other traditions, we cannot be honest about our differences and therefore cannot ultimately find any true common ground. So I was curious as to how the Christian (my faith) representative there would pray.

The Rev. Catherine Stark-Corn, associate minister to singles at Country Club Christian Church in Kansas City, did exactly the right thing. She offered a gentle and pleading prayer for peace and ended it with these words: ". . .in the name of Jesus Christ, our redeemer, we pray."

It was not meant to be arrogant and offensive to non-Christians, just as the words in Hebrew by a rabbi and Sanskrit by a Hindu were not meant to offend, nor was it offensive to hear a Pagan representative addressing the sun and moon.

Rather, Catherine's words were meant to reflect the core of who she and other Christians are. There certainly are times when such language might be interpreted as inappropriate (public prayer at public events on behalf of the public), but not when one is trying to represent one's faith tradition in dialogue with others.

Yes, you are right that we should in honesty keep our Christian identity. But a word of caution. For several years, we had wonderful Martin Luther King celebrations in Tucson. I liked signing in the gospel choir which is quite different from other church music - difficult because of the phrasing but very much alive. It brought us close together. It worked just fine for several years when we met a large
Christian churches. But one year they held the service at a conservative synagogue. A black minister prayed in Jesus name and the - you know what - hit the fan. So the next year they had a totally secular service. A black leader said that it was important that the next generation of black kids knew that he was the REVERAND Dr. King - a product of the church.

So they parted ways. NO easy answers.