In this past Saturday's Kansas City Star, I wrote a piece about conscience. 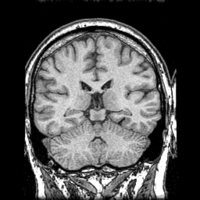 Theologians, criminologists, academics and others are pondering how it's formed and what it is, in light of a recent rash of horrific killings in the U.S.

It's never possible in such a story to include all the thoughts from people who responded to my questions about conscience. But some of the comments are too good simply to stash away in a file, never to be seen again.

So I'm going to offer you here a few more thoughts on this subject in the hope that it will stimulate you to think about what conscience is, where it comes from and whether it can be squashed to the point that it no longer operates.

* From the Rev. Jim Kenney, once an associate pastor in my church who now works in the Quaker community in the Kansas City area: "Our remarkably individualistic society in the U.S. glamorizes and socially rewards an astounding array of aberrant and rebellious behavior. It may well be the heritage of our having been a frontier society for the past several centuries."

* From the Rev. Gordon Jewett, another former associate pastor in my church who now is a retired clergyman in Cincinnati: ". . .more and more people are growing up with untrained consciences. They haven't degenerated. They've never had a chance to grow up into a mature, godly conscience. What has degenerated, I think, is the culture, which militates against character (conscience) formation in multiple areas."

* From the Rev. Roger Gustafson, a Lutheran pastor in Olathe, Kan.: "This is a broken world, and we're broken people living in it. Some of us are more radically broken than others, and the people around us suffer for it."

* From the Rev. Paul Nelson, pastor of the church in which I grew up, First Presbyterian of Woodstock, Ill.: "We Americans judge the individual, while the source of psychosis and neurosis is often a generation or more back."

* From the Rev. Donna Simon, a Lutheran pastor in Kansas City, North: "The idea of a conscience which drives decision-making is certainly part of our history. It figures prominently in Martin Luther's best known speech. He was called before the Diet of Worms, accused of heresy and asked to recant several of his writings. After considering their request, he said the following:

" 'Since then your serene majesty and your lordships seek a simple answer, I will give it in this manner, neither horned nor toothed: Unless I am convinced by the testimony of the Scriptures or by clear reason. . .I am bound by the Scriputres I have quoted and my conscience is captive to the Word of God. I cannot and will not retract anything, since it is neither safe nor right to go against conscience.'

* The Rev. Duke Robinson of Walnut Creek, Calif., retired Presbyterian clergy: "If not informed and enlightened, the conscience also can be contrary and perverse. Historians report that some German children after listening to Hitler's anti-Semitic diatribes suffered from guilty consciences, simply because they didn't hate and hurt their Jewish playmates."

How did your own conscience form, and how to you keep it in fighting shape?

See my "About" page to find out how to read online what I've written for The Kansas City Star.